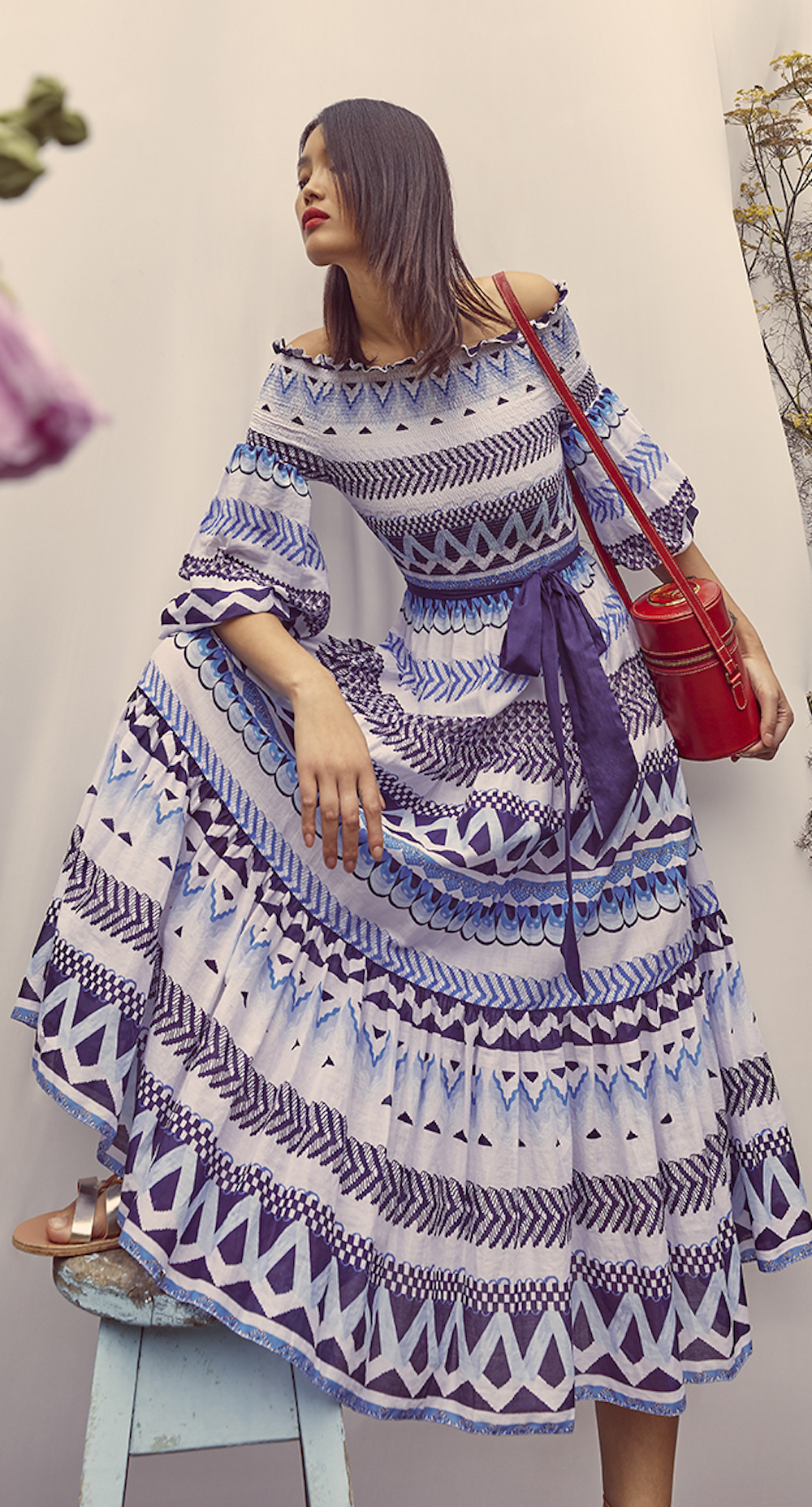 Brixton Alice Temperley MBE founded her eponymous label, Temperley London in 2000, a year after graduating from the Royal College of Art. Alice continues to head up the creative direction of this British, independent brand as it enters its nineteenth year of business. Temperley London is epitomised by modern bohemianism with a confident, feminine and effortless attitude while staying true to its British Heritage.

Alice pioneers artisan techniques and intricate hand-worked embellishment; an aesthetic synonymous with her creative style. The core business focuses on women’s ready-to-wear collections, which have evolved to offer a comprehensive range of daywear, cocktail and eveningwear. Temperley Bridal, which launched in 2006 with two collections a year, is defined by ethereal, timeless silhouettes and is inspired by the romance and decadence of a bygone era. Temperley Bridal offers made-to order, bespoke and ready-to-wear styles.
The brand currently operates four standalone stores, including its flagship store on Bruton Street in Mayfair, as well as stores in Dubai and Qatar. Temperley London is distributed in over 30 countries across upwards of 150 wholesale accounts including Lane Crawford, Saks 5th Avenue, Selfridges, Le Bon Marche, Matches.com, Net-a-Porter.com and Moda Operandi. Temperley Bridal is distributed in over 11 countries across upwards of 40 wholesale accounts.

In 2018 Temperley London was awarded the Butterfly Mark by Positive Luxury for a commitment to responsible practices across innovation, social good, environment, philanthropy, and governance.

Alice is a member of the British Fashion Council Advisory Board and enjoys speaking at key industry events. She is also involved with several charitable organisations, including recently becoming Ambassador for Women for Women International. Alice was awarded an MBE in 2011 for services to the Fashion Industry.